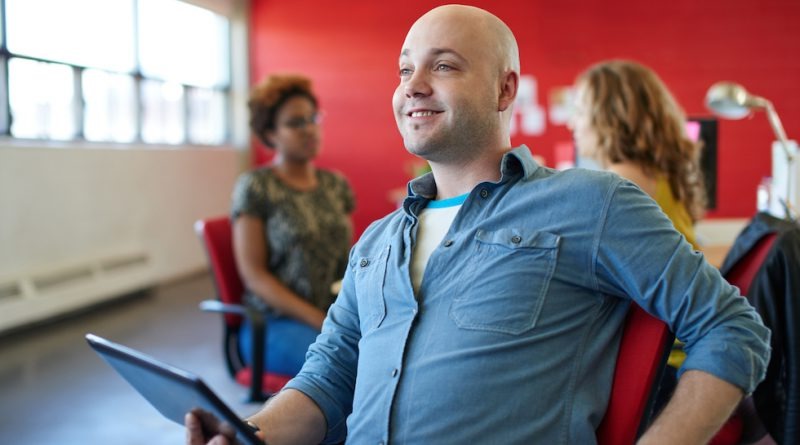 It’s no secret that men dread the thought of hair loss, and going bald can have a devastating effect on a man’s confidence and if we’re honest, his dating prospects. Most women prefer a full head of hair, it is as cut and dried as women preferring men who are taller than them. What is less discussed though is the effect hair loss can have on your career and earning prospects.

We’re not talking about professions which focus on your appearance either, like modelling or acting. No we’re talking about the business world, and it might surprise you to know that hair loss can have a direct impact on how much you are paid, and also have an impact on other parts of your professional career.

Men with a full head of hair are seen as more successful and more attractive, showed a study published in Psychology Today. That sort of bias will directly affect your chances in any competitive job market, and have a negative pressure on your salary.

Another study found that if you had certain features, your pay check would be higher. One of the features for success was of course, a full head of hair.

So alongside being perceived as less attractive to women, baldness can also have a pretty substantial impact on your professional life. One worrying survey in the UK found that men would rather lose their job than lose their hair, which aptly illustrates the emotional impact of balding.

So what to do about this situation? Treatments for male pattern baldness are few and far between, at least effective ones so we’re going to run through your options below.

Hair transplants are obviously an option, though they are quite expensive alongside being very invasive and reliant on surgeon skill for a good result. A good transplant can cost you upwards of $10k, and then you run the risk of the transplanted hair not growing out.

Minoxidil is a topical solution which gives a temporary offset of regrowth for about two years with minimal side effects. The problem is that when you quit using it, all the hair it grew falls out in a very short period of time, known as the dreaded Minox shed in the hair loss community.

Drugs such as Propecia and Avodart are both potent DHT inhibitors (DHT is one component of the mechanism for male pattern baldness). The problem is that though they both work as proven by FDA trials, the side effects in those trials seem to have been underreported and young men are finding themselves with serious sexual side effects that take a long time to resolve. That is quite a risk to take.

Hair thickening fibers are a temporary but very safe option. They work via a fine powder which grips to your existing hair, giving you better thickness and coverage. A comparison of the available brands found that Biothik was the solution with the highest affinity for the hair follicle, providing the best coverage.

Laser hair treatment is an accepted mode of hair preservation, as approved by the FDA. Laser therapy helps hair growth by stimulating the follicles on a specific wavelength which promotes cell activity. The laser also encourages increased circulation to the follicle. Laser is also minimally invasive, no risk of side effects.

So if you’re worried about hair loss affecting your career (and it looks like you should be) there are options for you with regards to treatment. Don’t take our word for it though, get out there and do some research and find the treatment option that will work best for you.