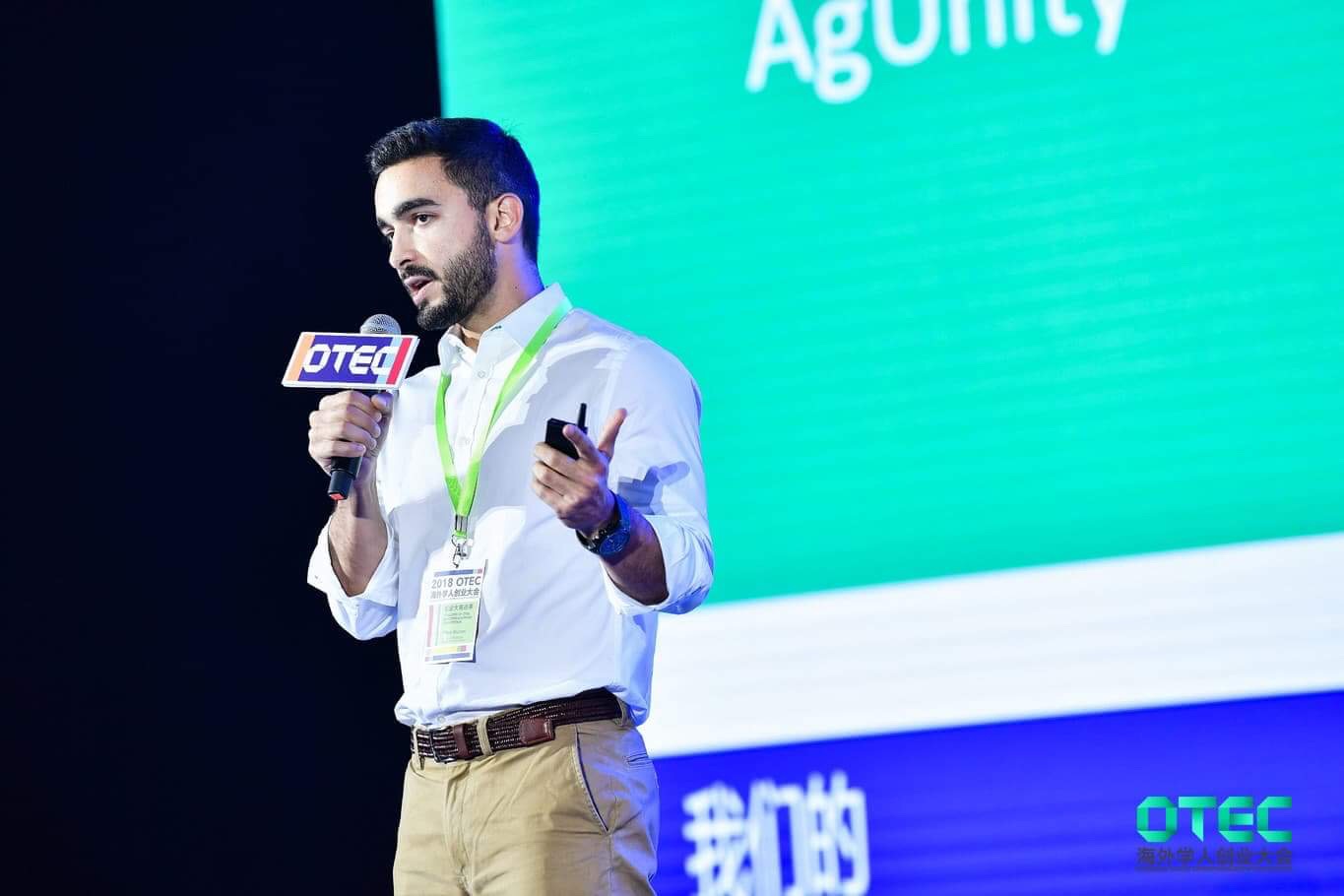 Aussie Blockchain start-up AgUnity rank top 10 at this year’s Overseas Talent Entrepreneurial Conference (OTEC), pitching against 32 other start-ups from around the world.

Having won the right to represent Australia during Investible’s nation-wide pitch competition, AgUnity took to the OTEC stage last week to pitch their vision to leading VC’s, entrepreneurs and angel investors from China and 28 other countries. Founded by Brisbane based Agripreneur of the year, David Davies, AgUnity’s vision is to improve the lives of small farmers in developing countries through the use of Blockchain technology, assisting 1 billion low income farmers around the world.

Supporting an Aussie presence at OTEC has been a particularly important initiative for Investible, who will be behind AgUnity every step of the way. With the ambition of helping Australian start-ups gain visibility in the Southeast Asian and Chinese markets, Investible expanded its operations to Asia in late 2017. "There's often too much tunnel vision focused on Silicon Valley or Tel Aviv. Investors sometimes forget that these Asian nations are just one flight away from Australia, the USA and the UK, and have economies that are uniquely placed to nurture high-growth start-ups." Says Investible cofounder Creel Price.

For Creel, nurturing Australia talent to ensure their pitch game is strong, is critical. Having too often see slide-decks and pitches that are over engineered and just downright confusing, Creel has five basic principles for start-ups to get their pitches right.

As winners of their annual Investible pitch competition, AgUnity not only received flights and accommodation to compete at OTEC 2018, but will also be presented with networking opportunities with Beijing Investible partners, and free workspace for three months.

Investible is an early-stage investment group that provides high potential founders the financial, human and intellectual capital needed to scale.

Already reporting an unrealised compound return of 66.2 per cent per annum based on its investments in start-ups such as Canva, Ipsy and Car Next Door, Investible continues to expand its global footprint, having already entered into the U.S., South East Asian and China. The success to date has been largely attributed to Investible’s team comprehensive methodology led by General Manager (Asia) Annie Luu to source, screen, secure and support the best early stage tech companies.

AgUnity is a philanthropic venture that helps small farmers harness the power of Blockchain for the greater good.

With a vision to improve the lives of small farmers in developing countries, AgUnity helps farmers retain a greater share of their crop value by putting a simple distributed crypotoledger mobile app into the hands of small farmers. The transparent digital process levels the playing field for framers, replacing existing verbal and paper agreements, and creating a circle of trust for small farm co-operatives to track the 50% of crop value that is estimated by the UN to disappear between harvest and point of sale.

Founded by Brisbane based FAC Global Agripreneur of the Year David Davies, AgUnity has already been recognised by major NGO’s and won a range of AgTech awards with product pilots already underway in Africa, Latin America, Indonesia and Papua New Guinea.