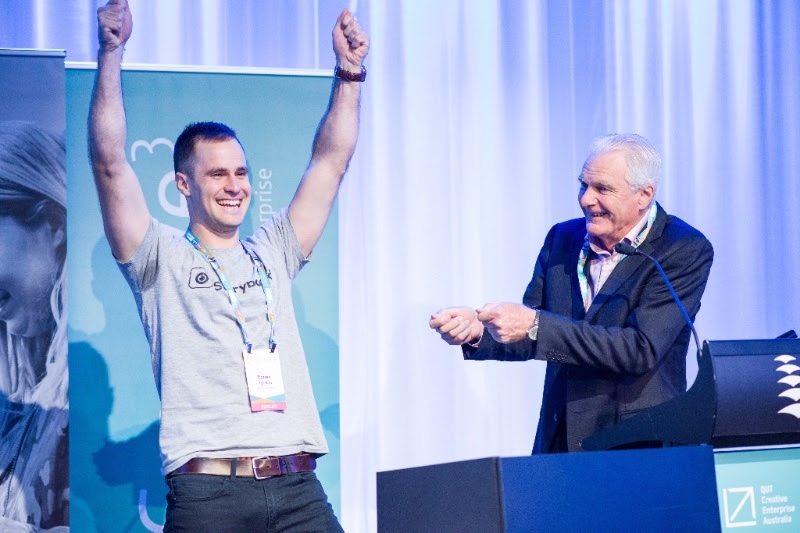 A video marketplace and an interactive organising platform are among the four finalists who have been selected to compete at Australia’s biggest creative tech conference later this year.

QUT Creative Enterprise Australia (CEA) has selected the four startups, two from Brisbane and one each from Melbourne and Sydney, who will participate in Creative3 Pitch.

The four finalists will be competing for the chance to represent Australia at the global Creative Business Cup conference in Copenhagen. The winner will also be given the opportunity to participate in Virgin Startups London accelerator program, StepUp.

CEA is currently the only Australian organisation that can nominate startups for both the Creative Business Cup and StepUp program.

Former ABC judge on ‘The New Investors’ and host of the ‘This Week in Startups’ podcast, Mark Pesce, says that scaling globally and gaining global opportunities are an important part of the growth cycle for Aussie startups.

“Scaling is probably the most difficult problem a startup faces during its lifetime, and it’s something that can’t be postponed,” says Pesce, who will also be hosting the Creative3 conference.

“Australian startups need to grow internationally as soon as they can possibly support the effort, because our home market usually isn’t big enough to support a decent-sized enterprise.”

“When we compete, we punch above our weight. But too often we simply choose not to compete. The founder of a company I worked for told me his secret was to surround himself with people who were smarter than himself. I’ve always tried to make sure that I’m working with people who are brighter than me, whom I’m learning from all the time. It’s necessary - and humbling.”

“A creative process is not just making something up and throwing it over the fence. It’s continuous involvement, adjustment, listening, improvement, and even fronting up to removing something from the market that’s turned out to have unfortunate consequences.”

The four startups going through to Creative3 Pitch will shape the roadmap for the Australian creative tech scene. Folktale, Creatively Squared, Pluss and Postie will compete in Brisbane for the Creative3 Pitch event late this year.

CEA continues to lead the charge when it comes to attracting the brightest entrepreneurs and the drivers behind the female founder boom.

“While Creative3 has been gaining traction every year, we’re continuously satisfied with how many female founders this event appeals to,” says Mark Gustowski, Acting CEO of QUT Creative Enterprise Australia.

“In both 2016 and now 2017, around a third of the founders who have applied for Creative3 Pitch have been women, and this year two of the four companies who will be pitching at the event have female founders.”

“This year’s Startup Muster report found that just over 23 percent of startups have female founders, with the report predicting that this will rise to be more than 30 percent in the future.”

“We’re really proud to be continuing our strong support for gender equality in Australian startups and promoting work that inspires the talent behind creative tech.”

Creative3 Pitch forms part of CEA’s annual Creative3 conference, which will be held in Brisbane on September 22 this year.