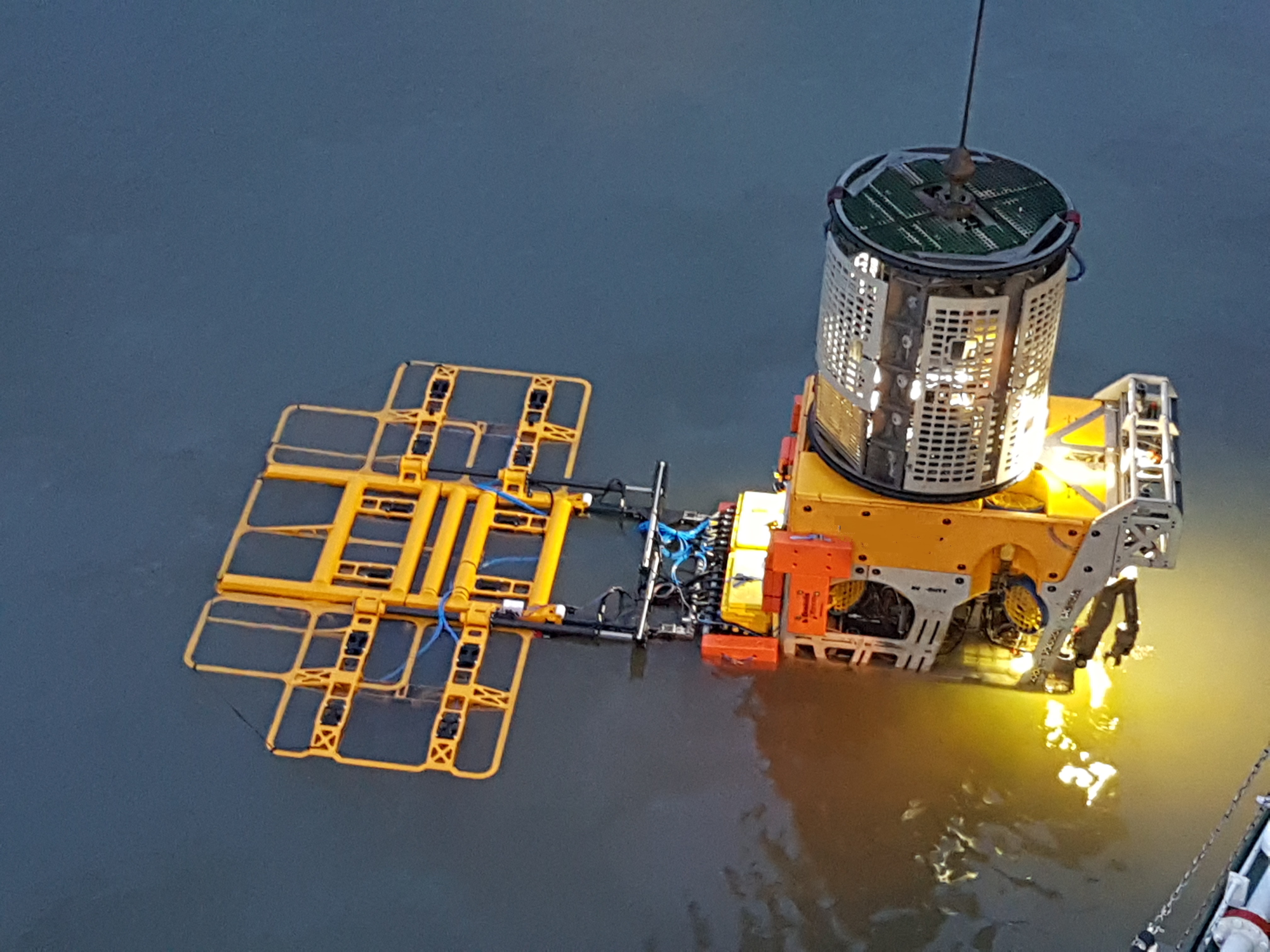 The UltraTEM technology can now work in a hybrid capacity, with the ability to detect objects both underwater and underground, identifying hazardous Unexploded Ordnance that other existing technologies simply can’t detect.

The team has deployed the underwater capabilities across Europe, including a large-scale dredging project in Portsmouth Harbour, England, and see it as a readymade solution to highly contaminated areas across the continent.

“A lot of Wind Farms in Europe are in areas where the Germans dropped very big aluminium mines during World War 2,” GapEOD’s Dr Stephen Billings said.

“There’s no steel in them, so conventional technologies can’t find these sea mines, and they’re large enough to sink a large ship – they’re massive.”

“If you map an area and then you must go and recover pieces of metal, it’s incredibly expensive.”

“You may only be able to recover 20 items in a day, and the ship and the infrastructure needed could cost you $80,000 a day to have it out there.”

“Our technology can detect both the size and shape of the piece of metal, the depth, and we can determine the threat, and whether or not it is hazardous.”

“It may be small and not a threat, so you can just leave it behind, which will significantly reduce the costs of cleaning up.”

The technology has taken a further step forward however, with the development of the UltraTEM ROV (Remote Operated Vehicle).

UltraTEM ROV is a compact system that can be placed on a Remote Operated Vehicle, that can fly around. It allows surveys to be completed with maximum precision and not have contact with the sea bottom.

“This technology will also fill a big gap in Europe we feel,” Dr Billings said. “The technology is fantastic for mapping buried power cables, which is a big thing in Europe.

“When they develop these wind farms, they put in cables that sit beneath the ocean floor. After they lay the cable they have to map the cable and prove that they buried it to a specified depth.

“Oceans across Europe are heavily contaminated with unexploded ordnance, so they need to monitor that before they lay the cables. Once the cables are there, they also don’t want ships dropping anchor on them.”

“Every year they have go back and resurvey the cable routes, so this technology would be incredibly beneficial for that kind of work.”

The benefits of the UltraTEM technology –

The UltraTEM technology was developed following work on the Ho Chi Minh trail in Vietnam, where GapEOD were tasked with finding large bombs dropped by the US Air Force around a Copper Gold Mine.

The technology showed it could detect bombs hidden up to six metres underground, through challenging terrain, providing a solution the contractor had sought for several years.

“We showed we could detect these bombs deeply and ever since then we’ve had a system on site for them,” Dr Billings said.

“After our success in Laos we realised the UltraTEM could be put underwater and now with the ROV element, we see the technology as a real solution to a number of issues around explosive ordnance detection as well as buried cable tracking.”